It's confirmed, Temperzone ECO rooftop packaged units are the product of choice if you’re interested in driving down costs and reducing your carbon footprint. Large warehousing retail outlets have become increasingly popular over the last 20 years across Australia. These buildings hugely range in size with high ceilings and are air conditioned using large capacity packaged rooftop units with extensive ductwork to distribute air throughout. Many of these buildings still have old R22 systems which are reaching replacement time. 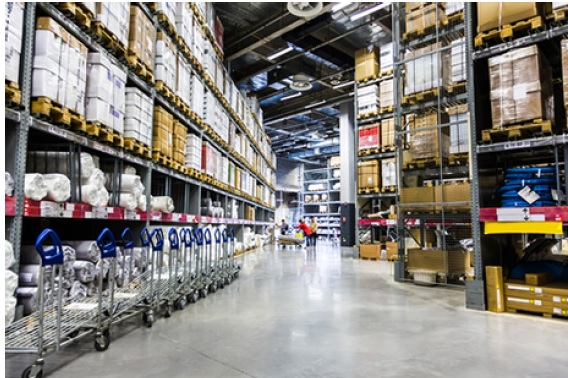 Typically, air conditioning comprises a large proportion of the total running costs for these buildings. Ongoing running costs are a major consideration when equipment is initially specified or evaluated for replacement. Considering these drivers Temperzone developed the ECO range of rooftop package units to provide a highly energy efficient solution.

The question remained, how efficient are ECO units and how much can be saved?

In response, Temperzone commissioned energy modelling of an office supplies retail outlet to

examine the efficiency and environmental impact of three different technologies:

Using ACADs Camel and ACADS Beaver software, annual energy consumption was modelled on identical warehouse configurations in Sydney, Melbourne and Brisbane each with a total heat load of 148kW. Energy modelling was based on a system consisting of 3 X OPA 550 rooftop units or their R22 equivalents.

The modelling results show that while modern R410A package units offer significant energy savings over older R22 units, Temperzone ECO OPA units provided a twofold increase in efficiency in all three locations. In Melbourne this amounted to annual energy savings of 66% over the R22 equivalent - a significant reduction in running costs!

Expanding on the Melbourne energy saving figures, if we were to factor in a commercial electricity cost of $0.15 per kWh we would expect annual running cost savings of $10,583 over the R22 system. Applying these savings over an estimated 15 year lifetime of the units would amount to a savings of $150,838. Furthermore, if we were to factor in 10 stores within the state of Victoria the savings would then be in the millions! Now ECO units are starting to prove their worth. 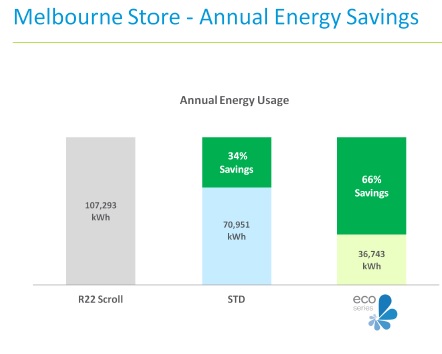 Need advice for something similar?